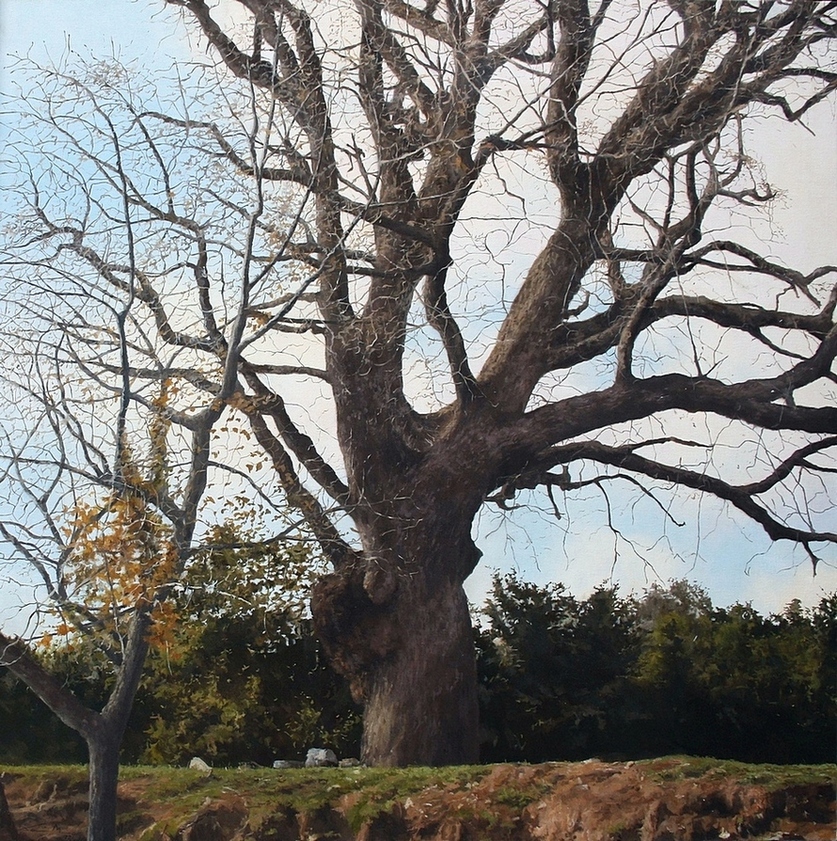 The painting Roure de Puigcerver, from the artist Xavier Prats Moreno (Barcelona, ​​1968) was elected by the European Museum of Modern Art (MEAM) for the final figurative painting contest, organized by the museum run by José Manuel Infiesta. The painting, exhibited in Subex Galeria d’Art, has also been acquired to include in its permanent collection. The inauguration took place at the museum on Friday 20 November, attended by personalities like the Madrid painter Antonio López, a permanent member of the jury.

The crowd attending the event, which made small the enclosure, could check the quality and originality of the works. It is known that the “contemporary” figurative painting, term to differentiate this new art, has been gaining popularity in recent years. The award, which this year reached its 8th edition, has managed to quickly attract both artists and audiences not only Spanish, but worldwide.

The twentieth century was, in the art world, the absolute dominance of conceptual and abstract art at the expense of realism. Therefore, from Subex Gallery, which has always focused on figurative art, beggining in 1973, the news was received with great enthusiasm, as the gallery feels as a part of this return to fair recognition that figurative painting deserved.

Since its inception, the gallery has worked with young artists, little known by critics and the specialized public, and have slowly been making her career to obtain their rewarded talent. Not only the case of Xavier Moreno, but a large group of artists, Catalans in their majority, such as Francesc Congost Tor, Claudia Vilafamés, Josep Enric Balaguer, Miquel Torrecilla, Gaspar Vilà, Jaume Arisa, among many others.
<pre id=”tw-target-text” class=”tw-data-text vk_txt tw-ta tw-text-small” dir=”ltr” data-placeholder=”Traducció” data-fulltext=””></pre>
</div>

Sorry, the comment form is closed at this time.