Catalan hyperrealistic painter. Son of a working family, he grew up in an environment of strong social commitment. The death of his brother, only seventeen Republican volunteer in the Spanish Civil War, and the subsequent exile from his father in France were part of his childhood.

He trained professionally and artistically in Sabadell, city in which he lived many years, which is reflected in much of his work. In the post-war, still a teenager, he makes a living whitewashing churches burned during the war. Hence evolved a decorative painter, graphic artist and art teacher. Later he worked as an interior decorator of shops especially in Sabadell.

Socially involved, he has acted since before the transition in political and cultural groups. At the Academy of Fine Arts in Sabadell, he has been the artistic director (1976-77) and president (1978-1980). The dedication to artistic painting was not until the 70s, when he participated in group exhibitions and national and international prizes in Catalonia, mainly.

In 1978 he began a series of trips to the province of Soria to find sources of inspiration and in one of these trips he decided to break with his family, job and position to focus exclusively on its new artistic phase. He had spent 54 years and decides to live alone in a house in the mountains of the Mola for two years. He focused on his style, which has continued throughout its history: in hyperrealistic painting done with egg tempera. 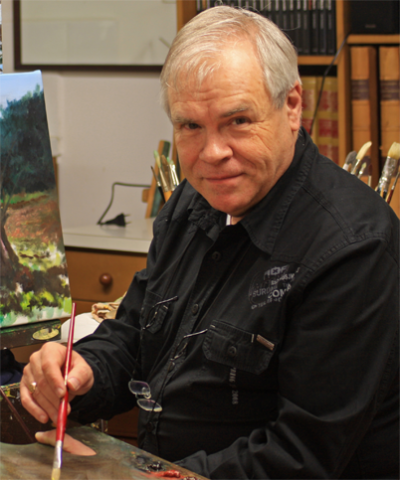